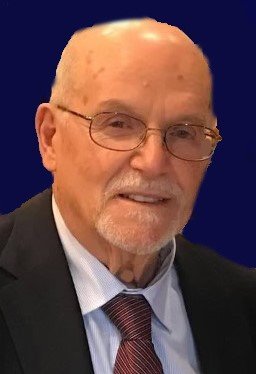 Please share a memory of Lee to include in a keepsake book for family and friends.
View Tribute Book

Frankfort- Lee Joseph Caruso, age 81, of Frankfort, NY passed away on Thursday, July 29, 2021 in the Gordon Unit of the Lutheran Home in Clinton, NY after a brief illness.

Lee was born on March 4, 1940 in Ilion, NY, the son of Joseph and Fannie (Caiola) Caruso. He graduated from Frankfort High School with the class of 1957. He attended Utica College, then enlisted in the US Navy where he served on the USS Enterprise, the first nuclear powered aircraft carrier. After his service, he was employed by IBM, MDS, Blue Cross, and Commercial Travelers, where he worked as a systems analyst, until his retirement in 1999.

Lee was married to the late Marilyn Jean Deller on January 20, 1968. Together they were blessed with four children. Susan and Dominick Sciorilli, Jr and children Tanya, Dominick III, Lucas and Noah, of Oriskany; Patricia Caruso of Rome; Mark and Jodi Caruso, and children Sequoia, Carmella, Willow and River; Michele and Abe Hersh, and son, Hudson, of Dolgeville.

On September 3, 2004, Lee married Mary M. Rossi and joined their families together to include Lisa and Patrick Morgan of Frankfort, and children Gabriella Caruso and fiancé Jamie Barr, Sophia LoRe, Candace and Dylan Giambatista, and Payne Morgan and fiance Brooke Bauer; and Joseph and Stephanie Aiello of Whitesboro, and children Madeline and Chloe.

Lee was a lifelong communicant of St Mary’s Church and later, Our Lady Queen of Apostles Church, where he received all of his sacraments and served as parish council president, lector and Eucharistic minister. He was a lifelong New York Yankees and Giants fan, and a friend to all who met him. Lee was a proud member of the Frankfort Class of 1957.  He always looked forward to the yearly reunions where he could spend time with his many lifelong friends, including Joe Spatol, John Spina, Paul Palumbo, Joe Castellano, Steve DeSena and the late Joe Belmont. Lee also enjoyed a very special and longtime friendship with his neighbors, Joe and Angela Cassella.

Lee’s family would like to extend their sincere appreciation for the kindness and compassion of the nurses and staff of the Gordon Unit of the Lutheran Home, especially Diane and Amanda.

Expressions of sympathy may be placed on Lee’s online memorial page by going to www.iocovozzi funeral homes.com

To send flowers to the family or plant a tree in memory of Lee Caruso, please visit Tribute Store
Print
Sunday
1
August