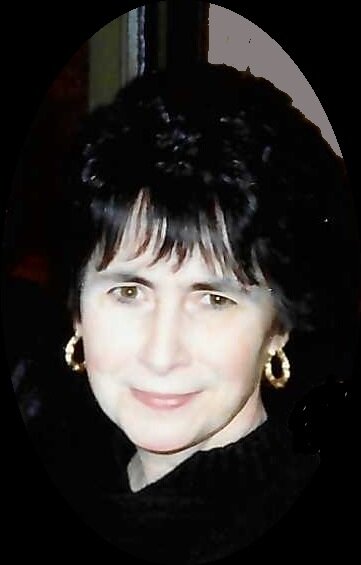 Please share a memory of Mary Jane to include in a keepsake book for family and friends.
View Tribute Book

Frankfort – Mrs. Mary Jane Rodio, 81, of Frankfort passed away Monday, August 16, 2021 in Foltsbrook with her family by her side.

She was born in Boston, MA on February 25, 1940, the daughter of the late Frank and Nancy Stucchi Viti. She attended Utica schools and graduated from Proctor High school and later attended Albany School of Pharmacy. She was married to Frank P. Rodio on May 6, 1964 in Frankfort. Frank passed away on November 1, 1998. Mary Jane was a Special Education Teacher for Frankfort Schuyler Central School for many years until her retirement in 2001.  She was a communicant of Our Lady Queen of Apostles Church. Mary Jane was an accomplished pianist, poet and author and received many awards for her poetry and stories. She authored two books and several poems which were published in several books.

Mary Jane is survived by four sons, Frank Rodio, Michael Rodio and his finance, Lori Tabor, Dominick Rodio all of Frankfort and Richard Rodio and his companion, Carrie Temple of MD; two daughters, Gina Rodio and Mary Dow both of Frankfort; four brothers and sisters in law, Frank and Genie Viti of N.C., Joseph and Anne Viti, Anthony and Patricia Viti and Richard and Kim Viti all of Frankfort; six sister and five brothers in law, Frances and James Vitale, Nancy and Leo Lombardo, Sylvia and Gene Yelle, Linda and Anthony Valente and Barbara Viti all of Frankfort and Joanne and Richard Palumbo of Cohoes NY; ten grandchildren, three great grandchildren; her beloved canine, Lucky and several nieces, nephews and cousins.

She was predeceased by her sister, Agnes Ciaccia.

Mary Jane’s family would like to express their deepest appreciation to Barbara Viti and Lori Tabor for the wonderful care and compassion shown to her during her illness and passing.

Expressions of sympathy may be placed on Mary Jane’s online memorial page by going to www.iocovozzifuneralhomes.com

To send flowers to the family or plant a tree in memory of Mary Jane Rodio, please visit Tribute Store
Print
Friday
20
August