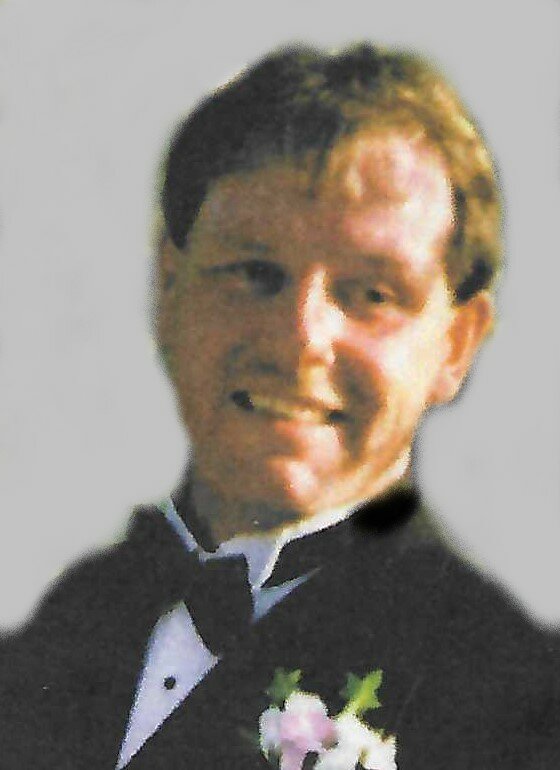 Please share a memory of Ronald to include in a keepsake book for family and friends.
View Tribute Book

He was born in Tupper Lake, New York on July 27, 1966, the son of Ronald E. and Cheryl Gaff Bujold Sr. He attended Tupper Lake Schools and graduated from Tupper Lake High School with the class of 1985. He later attended MVCC in the Security Training courses.

He was married to Shari Blank on August 25, 2001 in Canton, NY. Ronald was a Security Guard for Vernon Downs and later for LB Security, Utica.  Ronald was a communicant of St. Alphonsus Church, Tupper Lake and a member of the NRA. He loved watching NASCAR and was a big Dale Earnhardt fan. During his youth, Ron enjoyed target shooting with his dad and his uncles, Rick and Gary and playing Tonka Trucks with Uncle Mike.

Ronald is survived by his beloved wife and constant companion, Shari Bujold of Oriskany, his mother, Cheryl and his stepfather, Mark Ross of Charlestown, Indiana; his son, Charles Edward Bujold of Oriskany, two sisters, Gina Bujold and her companion, Harold Bradley of Tupper Lake and Kimberly Bujold of Charleston IN; mother-in-law and father in law, Lenora and William Blank; one niece, Hope Marie Bujold; one nephew, Derek and his wife, Stephanie Bujold and several aunts, uncles and cousins. He was predeceased by his father, Ronald E. Bujold  Sr. on October 20, 2001.

In lieu of flowers, contributions in Ron’s memory may be made to CNY Brain Aneurysm Awareness Campaign, 116 Schrouder St., East Syracuse, NY 13057. Envelopes will be available at the funeral home.

Ron’s family would like to extend their sincere appreciation to the nurses and staff at the Grand, Utica for the wonderful care and compassion shown to him during his stay and passing.

Expressions of sympathy may be placed on Ronald’s online memorial page by going to www.iocovozzifuneralhomes.com

To send flowers to the family or plant a tree in memory of Ronald Bujold, please visit Tribute Store
Print