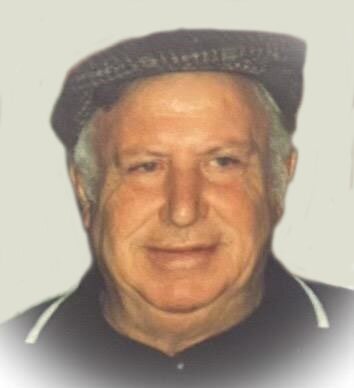 Please share a memory of Antonino to include in a keepsake book for family and friends.
View Tribute Book

Frankfort - Antonino Rizzo, 94, of Frankfort, passed away peacefully on October 19, 2021, a day before the one-year anniversary of his beloved wife Maria’s passing.

He was born in Scillato, Sicily to Giuseppe Antonino and Stefana (Peri) Rizzo on December 26, 1926. He attended school in Sicily. He grew up farming and herding in the fields and mountains of his village, learning the trade from his father and older brothers. Farming transitioned into being a construction laborer, with a specialty for demolition.

He married Maria Terranova on April 29, 1949, in Scillato, Sicily. They immigrated to America with their family in 1968 and together built their home in Frankfort, NY for the last 52 years. Family was an important part of their life and they enjoyed sharing a home-cooked meal and spending time together.

Antonino was a laborer at ND Peters of Utica for many years. He joined the International Brotherhood of Laborers Local Union #35 from which he retired. He often proudly spoke of his construction career and liked to point out buildings, roadways, bridges, and tunnels that he helped work on throughout upstate NY and in Sicily. In his spare time and throughout his retirement, Antonino could be found in his garden. With the help of his wife and children, and later, grandchildren, the home was filled with not only enough produce to last the winter but what seemed like enough jars of tomato sauce to last a lifetime. He was able to maintain his large gardens up until his passing, despite his promise of how each year was his last. In retirement, Antonino and his wife, Maria also enjoyed traveling together. Whether it was taking senior bus trips to places like the Poconos, or overseas to visit their family in Sicily, they enjoyed their time making memories together.

Antonino is survived by his four children: two daughters, Stefana DiStefano and Vivian Stillitano and her husband Biaggio, both of Frankfort; two sons, Joseph Rizzo, and his wife Lisa, of Oxford, MA and Carl Rizzo and his wife Lisa of Clinton. He also leaves many adored grandchildren:  Antonio DiStefano and his partner Kelley Whisman of SC, Giuseppina DiStefano, and her husband Daniel Lighthall, of Utica, Tanya Snyder and her husband Scott of Barneveld, Alyssa Rizzo, Margaret Rizzo and Anthony Rizzo of Oxford, MA, and Anthony and Carlo “Tom” Rizzo of Clinton; as well as three great-grandchildren Gabby DiStefano of PA, Alex DiStefano of SC, and Maverick Snyder of Barneveld. Antonino is also survived by his sister, Maria Vinci of Sicily, his sister-in-law Giuseppina and her husband Pietro Peri of Italy, brother-in-law Gandolfo Terranova of France, brother-in-law Mario Terranova and his wife, Rocchina of Sicily, and brother-in-law Giuseppe Mazzola of Sicily. He also leaves several nieces, nephews, and cousins.

He was predeceased by his beloved wife, Maria in 2020, his son-in-law Natale DiStefano, his parents Giuseppe and Stefana Rizzo, his in-laws Giuseppe and Vincenza Terranova, his brother Stefano “Steve” Rizzo and his wife Rose, his brother, Paolo Rizzo, brother Carlo Rizzo, sister Margherita Traina and her husband Giuseppe, brother Giuseppe Rizzo and his wife Soccorsa, brother-in-law Giuseppe Vinci and sister-in-law Gesualda Mazzola.

While his loss to our family is great, we take comfort in knowing that he is once again re-united with his beloved wife of 72 years and that even less than a year was too long for them to be parted.

The family would like to extend their deepest gratitude to Darlene and Jean of Elder Choice for their care and compassion. Thank you to Dr. Le and staff, Father Wally at Hospice, and the many doctors and nurses who cared for Antonino throughout his life.

Expressions of sympathy may be placed on Antonino’s online memorial page by going to www.iocovozzifuneralhomes.com

To send flowers to the family or plant a tree in memory of Antonino Rizzo, please visit Tribute Store
Print
Monday
25
October