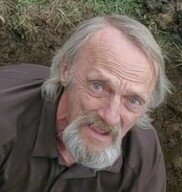 Please share a memory of George to include in a keepsake book for family and friends.
View Tribute Book

He was born in Rochester, New Hampshire on September 18, 1955, the son of the late Harry G and Theresa Rita Plante Hillsgrove and he attended schools there. George was a local carpenter and handy man and the owner and operator of Hillsgrove Carpentry, Utica, NY.

His funeral was held at the convenience of the family. His funeral arrangements are under the direction of the V.J. Iocovozzi Funeral Home, Inc. 203 Second Avenue, Frankfort.

To plant a beautiful memorial tree in memory of George Hillsgrove, please visit our Tree Store

A Memorial Tree was planted for George
We are deeply sorry for your loss ~ the staff at V.J. Iocovozzi Funeral Home, Inc.
Join in honoring their life - plant a memorial tree
Services for George Hillsgrove
There are no events scheduled. You can still show your support by planting a tree in memory of George Hillsgrove.
Plant a tree in memory of George
Print
Online Memory & Photo Sharing Event
Online Event
About this Event