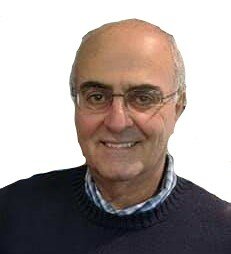 Obituary of Michael A. Sciortino

Herkimer - Michael A. Sciortino, 71, of Herkimer passed away Saturday, January 29, 2022 at home with his family by his side after a brief illness.

He was born in Herkimer, New York on August 17, 1950, the son of the late Vito and Catherine Kate Maida Sciortino. He attended Herkimer schools and graduated from Herkimer High School with the class 1968 and later attended and graduated from Fulton Montgomery Community College with a Business Administration Degree. He was married to Donna Robbins on November 30, 1974 in St. Anthony's Church, Herkimer. Michael held various managerial positions with Chicago Market, Great American and lastly for Hannaford, Herkimer, NY until his retirement on March 15, 2017. Michael was a communicant of Sts Anthony and Joseph Church and a member of Herkimer Elks BPOE Lodge #1439 and the St. Anthony´s Crusaders.  Mike will always be known for his love of his family and the family garden on Marginal Rd.

Michael is survived by his beloved wife, Donna; two sons and one daughter in law, Matthew and his wife, Valerie Sciortino of Syracuse and Michael Sciortino of Ilion; two daughters and sons in law, Lisa and her husband, James Recore of Niskayuna and Jessica and her husband, Gerald Smithson of Herkimer;  his sister and brother in law, Connie and James Thurston of Endicott; five grandchildren, Dylan Recore, Emily Sciortino, Kyle Recore, Ella Sciortino and Ryan Recore; a very special nephew, Andrew Thurston and his fiancée' Kate; his uncle, Gus Maida and his aunt, Dolores Scalise and several cousins.

His funeral will be held Thursday morning, February 3, 2022 at 8:45 AM from the V.J.  Iocovozzi Funeral Home, Inc., 203 Second Ave. Frankfort and at 9:30 AM in Sts. Anthony and Joseph Church where a Mass of Christian Burial will be celebrated by the Rev. Terance Healy and assisted by Deacon James Bower. Spring interment will be in Calvary Cemetery. Calling hours will be Wednesday, February 2 from 4:00 PM - 8:00 PM at the V. J.  Iocovozzi Funeral Home, Inc. 203 Second Ave., Frankfort.

In lieu of flowers, contributions in Michael's memory may be made to American Cancer Society, PO Box 22478 Oklahoma City, OK 73123 or Hospice & Palliative Care 4277 Middle Settlement Rd New Hartford, NY 13413. Envelopes will be available at the funeral home.

Mike's family would like to thank Dr. Merima Ramovic, for her caring and support to him and the family.

His funeral arrangements are under the direction of the Petykiewicz, Iocovozzi & Burns Funeral Home, Herkimer, NY.

To send flowers to the family or plant a tree in memory of Michael Sciortino, please visit Tribute Store
Print
Wednesday
2
February