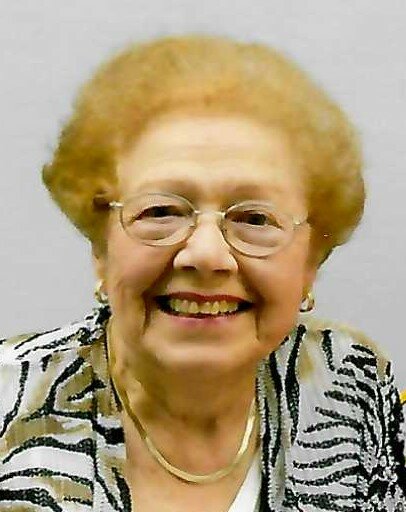 Please share a memory of Rose to include in a keepsake book for family and friends.
View Tribute Book

She was born in Frankfort, New York on February 27, 1923, the daughter of the late James V. and Eleanor Gumina Thurston. She attended Frankfort schools and graduated from Frankfort High School with the class of 1940. She later attended Oneonta State Teachers College, graduating in 1944 and Albany State Teachers College in 1951 and received her Master’s Degree in Social Studies. She was married to Ernest Edward Marcantonio on November 29, 1947 in St. Mary’s Church, Frankfort. Mr. Marcantonio passed away on June 24, 2012. Rose taught at the Frankfort High School, a Social Studies Teacher at Utica Free Academy, Gilboa Schools and Conkling Elementary School retiring in June 1980. Rose was a member of Our Lady Queen Of Apostles Church as well as other organizations such as Charter Member of Retired Utica Teachers Association and a member of the U T A, as well as other organizations such as RC 8 Election District, Life Member of the NYS Retired Teachers Association as well as other organizations such as NYS U T A F T and Oneida - Herkimer County Retired Teachers Association. Her loves were her family, reading and traveling.

Her funeral will be held Saturday, February 12, 2022 at 10:30 in Our Lady Queen of Apostles Church, S. Frankfort St. Frankfort where a Mass of Christian Burial will be celebrated by the Rev. Paul Catena. Entombment will be in Crown Hill Memorial Park. Her funeral arrangements are under the direction of the V.J. Iocovozzi Funeral Home, Inc. 203 Second Avenue, Frankfort.

Expressions of sympathy may be placed on Rose’s online memorial page by going to www.iocovozzifuneralhomes.com

To send flowers to the family or plant a tree in memory of Rose Marcantonio, please visit Tribute Store
Print
Saturday
12
February