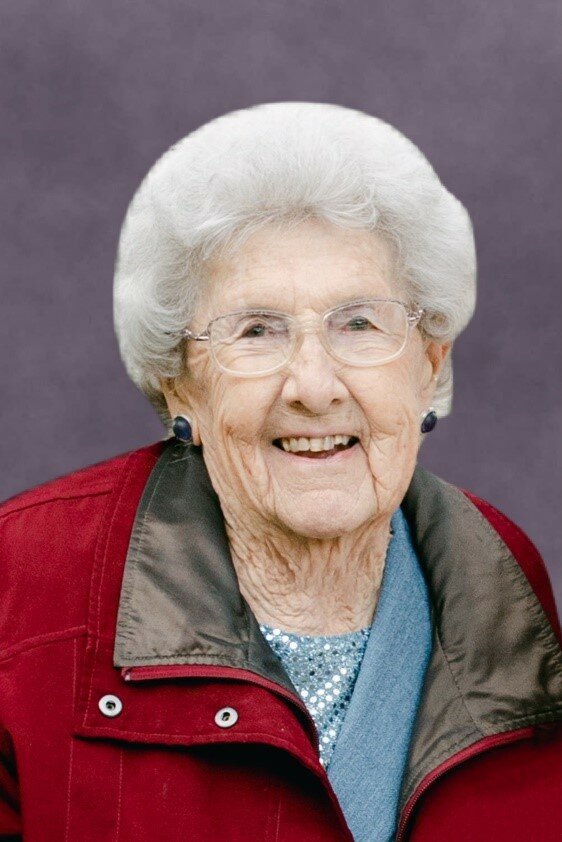 Please share a memory of Helen to include in a keepsake book for family and friends.
View Tribute Book

HERKIMER.  Helen Evelyn Homyk, 93, fell asleep suddenly in the Lord on Monday, February, 21, 2022 (Wedding Anniversary) with her family at her side.

Daughter of the late Kenneth and Dorothy (Santmire) Wilson, Helen was born in Middleville, NY on March 14, 1928.  Helen graduated from Middleville High School in 1944.  She attended the Central City Business Institute and received her degree in bookkeeping.  She worked for Willis Company, Hale Company, and Newman’s Livestock exchange.

On Feb. 21, 1954, Helen married William (Bill) Homyk and moved to Miami, FL where Bill worked as a distributor for a chain of grocery stores, returning to Herkimer in 1959.   Later in life Helen and Bill owned and managed numerous rental properties in the Village of Herkimer, including College Hill Apartments.

Helen was a den mother for a local BSA Cub Scouts Pack.

Helen was a long-time communicant at Ss. Peter & Paul Orthodox Church in Herkimer, NY.  Influential in the move of the parish from its original site on Steele St. to its current location on Route 5 in East Herkimer in 1964, she served as parish council treasurer.  She was a member and officer of many parish organizations.

In retirement she enjoyed bowling, cruise ship travel with her husband, playing cards with friends and family, and especially watching the birds and deer feed in the back yard.  She took great pride in watching her children grow and start families of their own.  Times when the entire family would gather back home in Herkimer were always a delight to Helen. Helen was an avid reader and would often empty the library.

Helen was predeceased by her husband Bill, parents Dorothy and Kenneth, and sister Louise.

Her funeral will be held Saturday, February 26, 2022 at 10:00 AM in SS. Peter & Paul Orthodox Church, 305 Main Rd, East Herkimer, with Father Vasil Dubee officiating. Spring interment will be in the parish cemetery. Calling hours will be Friday, February 25th from 4 - 8 PM at the V. J. Iocovozzi Funeral Home Inc., 203 Second Avenue, Frankfort NY.  Parastasis service on Friday evening at 7:30 PM, following which her body will be transferred to the church for all-night vigil.

Donations in Helen’s memory may be made to the Memorial Fund of SS. Peter & Paul Orthodox Church. Envelopes will be available at the funeral home.

Her funeral arrangements have been entrusted to the Petykiewicz, Iocovozzi & Burns Funeral Home, Herkimer.

Expressions of sympathy may be made by going to Helen's online memorial page by going to www.iocovozzifuneralhomes.com.

To send flowers to the family or plant a tree in memory of Helen Homyk, please visit Tribute Store
Print
Friday
25
February