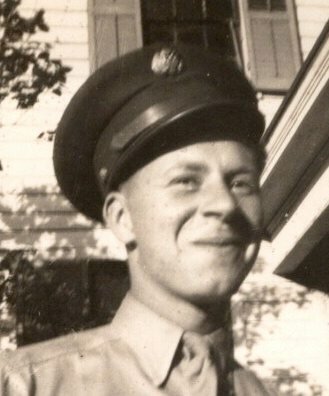 Please share a memory of Howard to include in a keepsake book for family and friends.
View Tribute Book

He was born in Ilion on October 14, 1922, the son of the late R V and Alta Bunce Finster. He attended Frankfort schools and graduated from Frankfort High School with the class of 1941. Howard served with the US Army Air Corps during WWII and was Honorably Discharged on January 23, 1946 with the rank of Sergeant.  He was married to Ruth Rowell on August 29, 1946 in North Columbia United Methodist Church. Ruth passed away on November 19, 2012.

Howard was employed as a Quality Control Engineer for Univac Ilion & Utica Plants. He was a member American Legion and served as a Frankfort Volunteer Firemen.

His funeral will be held Saturday, May 14, 2022 at 11:00 in East Schuyler Cemetery, Church Rd. Schuyler with the Rev. Joelle Faulks officiating. His funeral arrangements are under the direction of the V.J. Iocovozzi Funeral Home, Inc. 203 Second Avenue, Frankfort.

To plant a beautiful memorial tree in memory of Howard Finster, please visit our Tree Store

A Memorial Tree was planted for Howard
We are deeply sorry for your loss ~ the staff at V.J. Iocovozzi Funeral Home, Inc.
Join in honoring their life - plant a memorial tree
Services for Howard Finster
There are no events scheduled. You can still show your support by planting a tree in memory of Howard Finster.
Plant a tree in memory of Howard
Print
Online Memory & Photo Sharing Event
Online Event
About this Event