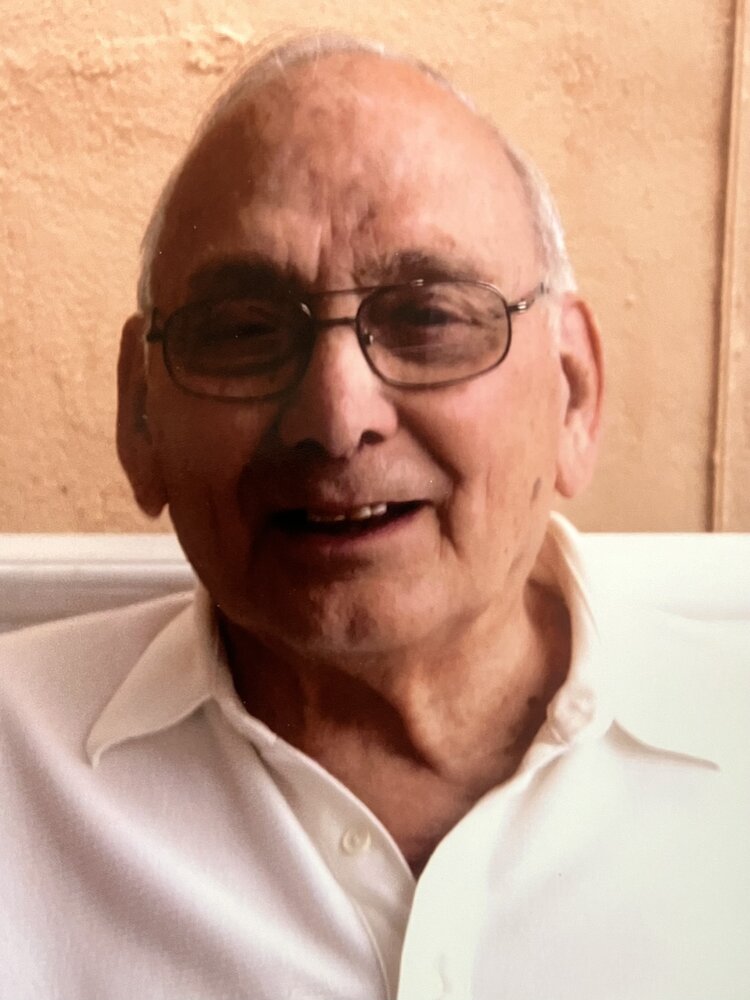 Please share a memory of Ralph to include in a keepsake book for family and friends.
View Tribute Book

Herkimer - Mr. Ralph Franco Sr., 91, of Herkimer passed away Wednesday, April 13, 2022 in St. Elizabeth's Medical Center with his family by his side.

He was born in Herkimer, New York on April 18, 1930, the son of the late Raymond and Domenica Testa Franco and he attended Herkimer schools. He was married to Filomena “Dolly” Massino on October 9, 1958 in St. Patrick’s church in St. Johnsville. Ralph was the owner and operator of several local businesses, Ralph's Auto Sales, Domenica's Restaurant, and the Rustic Inn all on Marginal Rd, Herkimer and Ralph Franco Masonry and later Franco Construction alongside his son. Ralph was a communicant of Sts. Anthony and Joseph Church.

Ralph was a businessman who had a very strong work ethic and was talented at his craft. He was known for laying 12" inch block with one hand. He was an extremely strong and gentle man and was known for his giving nature and caring heart. Whether he was hunting or working alongside his nephews in the business, he loved nothing more than being around his family.

Ralph is survived by his wife, Dolly Franco of Herkimer; one son, Ralph Franco Jr. of Herkimer; one daughter and son in law, Domenica and Kelly Ogden of Appleton WI; one sister, Yvonne Franco of Frankfort; brother in law, Steve Salamone of Frankfort; five grandchildren, Janasa and her husband, Christopher Livingston, Justina Franco and her fiancé, Michael Tines, Jared Ogden, Alycia Jaburg and Sonya Ogden; one great granddaughter, Evelyn Jaburg who he had a very special bond with; his sister and brother in laws, Florence Johnson and her partner Sean of Ilion, Mickey Walrath of West Palm Beach, FL., Andrew and his wife, Netta Sands of Daytona Beach, Fl and several nieces, nephews, and many first and second cousins who he had a very special and unique relationship with each and every one of them. He was predeceased by his brother, Anthony and wife Mayme Franco, and four sisters, Anna Franco Wiliczka, Philomena Lamarco, Pierina Stasilli and Lydia Salamone. His niece Adele Stasilli-Fernandez and nephew Raymond Stasilli.

His funeral will be held Friday morning, April 22, 2022 at 9:30 in Sts. Anthony and Joseph Church, S. Main St., Herkimer where a Mass of Christian Burial will be celebrated by the Rev Terence Healy and assisted by Deacon James Bower. Interment will be in Calvary Cemetery at the convenience of the family. His funeral arrangements are under the direction of the Petykiewicz, Iocovozzi & Burns Funeral Home 329 S. Washington St., Herkimer, NY. There will be no public calling hours. In lieu of flowers, contributions in Ralph's memory may be made to the American Cancer Society,  P.O. Box 22478 Oklahoma City, OK 73123.

Expressions of sympathy may be placed on Ralph’s online memorial page by going to www.iocovozzifuneralhomes.com

To send flowers to the family or plant a tree in memory of Ralph Franco, please visit Tribute Store
Print
Friday
22
April