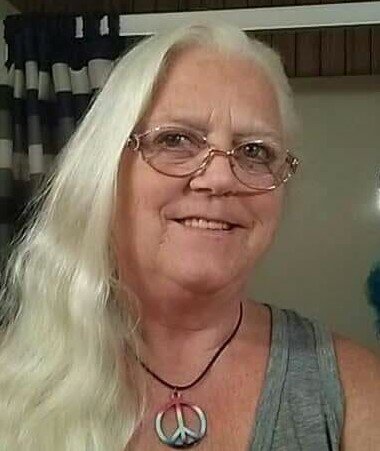 Please share a memory of Denise to include in a keepsake book for family and friends.
View Tribute Book

Denise was born in Camden, NJ, on August 14, 1959 to Otto and Barbara Deterding. She was the fourth born out of five daughters. She grew up with her sisters on the former Marlboro Ranch in Voorhees, NJ, and attended Lenape High School. An avid animal lover from a young age, she trained thoroughbred racehorses as a young woman, and later would go on to rescue and care for many animals of different species.

Denise traveled across the USA and made her home in many different states; her later years were mostly spent in NY state. She had a very special, loving marriage with her husband, Mike Stillwell. When he passed away, she spent a short time in AZ, and ultimately came back to NY.

Denise worked for several years at the Mirabito’s in Bridgewater, and enjoyed her time there with special co-workers and customers.

Denise was predeceased by her parents, Otto and Barbara Deterding and her husband, Mike Stillwell, as well as brothers-in-law Hank Hales and Nick Del Rossi, and nephew Shane Del Rossi. She is survived by 4 sisters and brothers-in-law: Bobbie (Snap) Weikel of Atco, NJ. Jacqueline (Ray) Cooper, Luck, WI. Edna Hales, Ilion, NY. Kathy (Mike) Del Rossi, Woodstown, NJ; her fiancé Leeroy Bezecny; as well as many special nieces, nephews, and friends who became family.  There is no doubt that she was met at the rainbow bridge by the many special pets she shared her life with over the years.

Her funeral will be held at the convenience of the family. Her funeral arrangements are under the direction of the V.J. Iocovozzi Funeral Home, Inc. 203 Second Avenue, Frankfort.

To plant a beautiful memorial tree in memory of Denise Stillwell, please visit our Tree Store

A Memorial Tree was planted for Denise
We are deeply sorry for your loss ~ the staff at V.J. Iocovozzi Funeral Home, Inc.
Join in honoring their life - plant a memorial tree
Services for Denise Stillwell
There are no events scheduled. You can still show your support by planting a tree in memory of Denise Stillwell.
Plant a tree in memory of Denise
Print
Online Memory & Photo Sharing Event
Online Event
About this Event