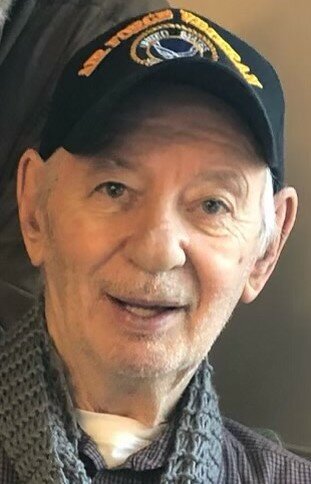 Please share a memory of Stephen to include in a keepsake book for family and friends.
View Tribute Book

Hatfield, PA - Stephen Wacyk, 88, of Hatfield, PA passed away Monday, May 2, 2022 in Lutheran Home with his family by his side.

He was born in Van Hornesville, New York on June 15, 1933, the son of the late Andrew and Catherine Chuniak Wacyk.   He attended Herkimer schools and graduated from Herkimer High School. Stephen served with the US Air Force in Greenland and California and was Honorably Discharged on January 24, 1956 with the rank of Staff Sergeant. He was married to Shirley Robertson on May 10, 1958 in St. Mary's Ukrainian Orthodox Church, Herkimer. A blessed union of 64 years. Stephen was employed as a Trainer for UNYSIS, Ilion and later Blue Bell, PA until retirement in 1991. Stephen was a member of St. Mary's Ukrainian Orthodox Church as well as other organizations such as American Legion Post 933 Hatfield, PA where he had his very own special stool. He loved polka music and enjoyed going to local Polka Festivals.

His funeral will be held Saturday morning, May 7, 2022 at 10:30 AM from the V. J.  Iocovozzi Funeral Home, Inc., 203 Second Ave. Frankfort where a funeral service will be celebrated by the Rev. Fr. Ivan Semko. Interment will be in St. Mary’s Ukrainian Orthodox Cemetery. Calling hours will be held Saturday morning from 9:00 until the time of the service at 10:30. His funeral arrangements are under the direction of the Petykiewicz, Iocovozzi & Burns Funeral Home 329 S. Washington St., Herkimer, NY.

In lieu of flowers the family requests donations to Ukrainian war relief through World Central Kitchen (WCK) or support of US Veterans through the Wounded Warrior Project® (WWP). Envelopes will be available at the funeral home.

Expressions of sympathy may be placed on Stephen’s online memorial page by going to www.iocovozzifuneralhomes.com

To send flowers to the family or plant a tree in memory of Stephen Wacyk, please visit Tribute Store
Print
Saturday
7
May

His funeral will held