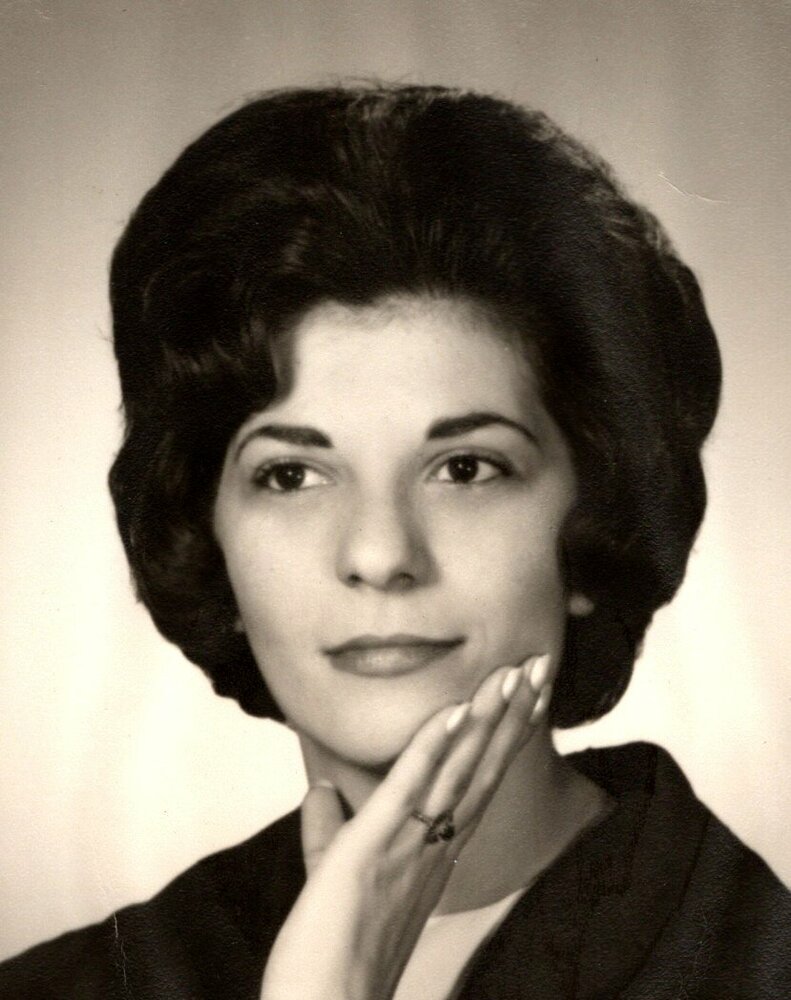 Please share a memory of JoAnn to include in a keepsake book for family and friends.
View Tribute Book

She was born in Frankfort on November 10, 1941, the daughter of the late Paul and Angelina Puleo, Sr. She attended Frankfort schools and graduated from Frankfort Schuyler High School with the class of 1959. JoAnn was employed as a Secretary for Griffiss Air Force Base, Rome, NY, The Pentagon, Washington DC, Richards Gebaur AFB, MO, RADC, Rome in the Research and Development Division, Department of the Treasury in the General Council Department, Washington DC, Vanderbilt School of Law, Nashville, TN and she returned to Griffiss Air Force Base, Rome NY serving with NEADS until her retirement in 2002. She was a communicant of Our Lady Queen of Apostles Church, Frankfort and St. Peters Church, Rome. She was a member of YMCA, G.A.L.S. Club, Red Hat Society, Ava Dorfman Senior Citizens and the South Rome Senior Citizens.

JoAnn is survived by her beloved son and daughter in law, Paul and Judi Smith, Utica; her sister & brother in law, Rose Marie & Anthony Abone of Clinton and several beloved nieces, nephews and cousins. She was predeceased by two brothers, Joseph Puleo and Paul Puleo Jr. and her sisters in law, Rosalie Puleo and Joanne Puleo.

Her funeral will be held Tuesday morning, May 17, 2022 at 10:30 AM in Our Lady Queen of Apostles Church, S. Frankfort St. Frankfort where a Mass of Christian Burial will be celebrated by the Rev. Paul Catena, Pastor. Interment will be in Mt. Olivet Cemetery. There will be no public calling hours. Her funeral arrangements have been entrusted to the V.J. Iocovozzi Funeral Home, Inc. 203 Second Avenue, Frankfort. The family would like to express their sincere appreciation to her neighbors at The Community of Sunset Woods, for the wonderful friendships she made there.

Expressions of sympathy may be placed on JoAnn’s online memorial page by going to www.iocovozzifuneralhomes.com

To plant a beautiful memorial tree in memory of JoAnn Smith, please visit our Tree Store

A Memorial Tree was planted for JoAnn
We are deeply sorry for your loss ~ the staff at V.J. Iocovozzi Funeral Home, Inc.
Join in honoring their life - plant a memorial tree
Services for JoAnn Smith
There are no events scheduled. You can still show your support by planting a tree in memory of JoAnn Smith.
Plant a tree in memory of JoAnn
Print
Online Memory & Photo Sharing Event
Online Event
About this Event