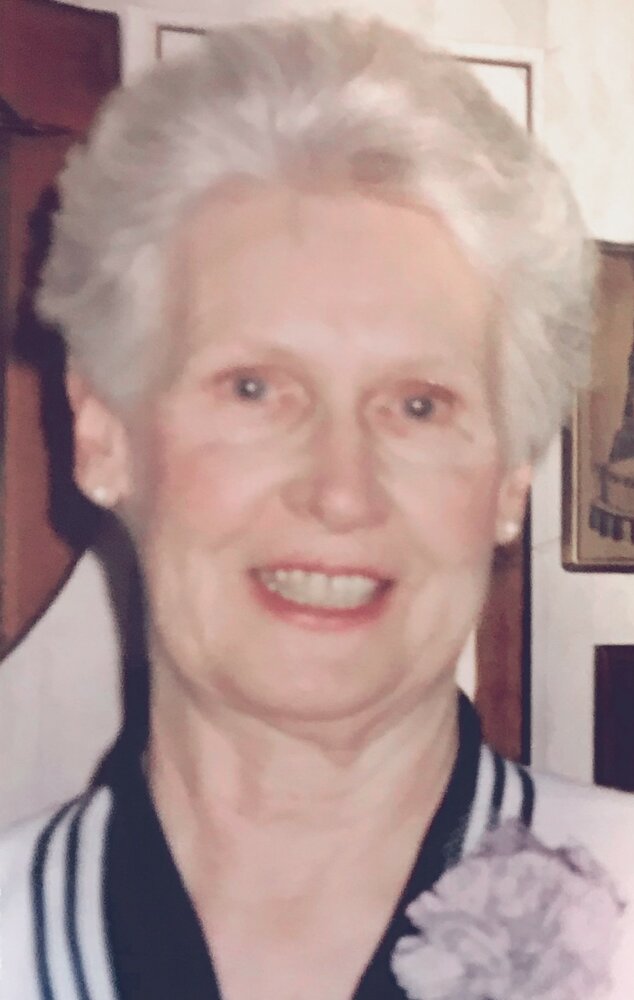 Clinton – Mrs. Teresa Margaret Lever, 95, of Clinton passed away Tuesday, May 17, 2022 at St. Luke's Hospital.
She was born in Frankfort, New York on May 21, 1926, the daughter of the late Bernard James and Alice Noel Pickett Cambridge. She attended Frankfort schools and graduated from St. Francis DeSales High School with the class of 1943. Teresa later attended and graduated from St. Elizabeth’s School of Nursing with the class of 1946 as a Registered Nurse. She began her career working as a maternity nurse at Ilion Hospital, carrying on the tradition of. her grandmother, Bridget Pickett, who was a midwife in Frankfort NY.  After several years of working as an industrial nurse at Oneida Limited in Sherill, she retired in 1985. She was married to Robert Dewitt Lever on September 3, 1948 in Annunciation Church Rectory, Ilion, NY. Her beloved husband, Robert passed away on February 17, 1984. Teresa was a dedicated mother and grandmother who loved spending time with her family. She enjoyed the Adirondacks and traveling out west, especially her visits to Yellowstone National Park. She also was an avid sports fan of Syracuse and the NY Yankees.
Teresa is survived by two sons and daughters in law, Gary Lever and his wife, Sally of  Casper, WY and James Lever and his wife, Julie of Jackson, WY; three daughters and sons in law, Janis Lever Steates, and her husband, Joseph of Clinton, Carole Nowak and her husband John of Rome and Diane Lee and her husband, Charles (Ed) of Green River, WY; one brother, Paul and his wife, Betty Cambridge of Frankfort; her brother in law, Richard Bullis of Rochester; her grandchildren, Garrett (Bethany) Lever, Matthew Steates and Seth Partida, Benjamin (Julie) Steates, Allison (Karim) Madmoune, Alexander (Marcy) Lever, Esq., Luke Janicki, Robbie (Carla) Lee, Carol Lee Coberley, Dr. Austin Lever, Aaron Nowak and James Nowak, DPT; seven great grandchildren and several nieces, nephews and cousins. She was also predeceased by her son, Robert James Lever on April 30, 2014, an infant sister Ann Marie Cambridge, her brother Bernard James Cambridge, and two sisters in law, Wanda Cambridge and Grace Bullis.
Her graveside service will be held Friday, May 27, 2022 at 10:00am in Mt. Olivet Cemetery, Elizabeth St., Frankfort. Relatives and friends are invited to her Mass of Christian Burial celebrated by Father Kevin which will be held on Friday, May 27, 2022 at 12:00 Noon in the Church of the Annunciation, East South St., Clark Mills. Following the mass, all friends and family are welcome to join in a luncheon at Alteri's in Clinton at 1:00pm. Her funeral arrangements have been entrusted to the V.J. Iocovozzi Funeral Home, Inc. 203 Second Avenue, Frankfort.
Contributions in Teresa’s memory may be made to The Country Pantry P.O. Box 76 Clinton, NY 13323. Envelopes will be available at the church.

Expressions of sympathy may be placed on Teresa’s online memorial page by going to www.iocovozzifuneralhomes.com

To plant a beautiful memorial tree in memory of Teresa Lever, please visit our Tree Store

A Memorial Tree was planted for Teresa
We are deeply sorry for your loss ~ the staff at V.J. Iocovozzi Funeral Home, Inc.
Join in honoring their life - plant a memorial tree
Services for Teresa Lever
There are no events scheduled. You can still show your support by planting a tree in memory of Teresa Lever.
Plant a tree in memory of Teresa
Print
Share A Memory
Plant a Tree