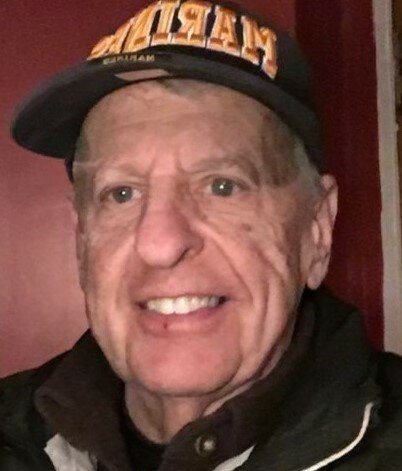 Please share a memory of Jack to include in a keepsake book for family and friends.
View Tribute Book

He was born in Ilion, New York on March 25, 1944, the son of the late Perry and Mary Burnett Pierce Sr. He attended Ilion schools and graduated from Ilion High School with the class of 1963. He served during the Vietnam War with the US Marine Corps and was Honorably Discharged on August 18, 1967 with the rank of Sergeant.   He was at one time married to Becky Upson Kasper. Jack was the owner and operator of A&J Associates, Mohawk, NY until his retirement in 2014. Jack was a devoted member of Emmanuel Bible Church and a former Trustee. He was a member of the Ilion Marine Corps League.

Jack is survived by two sons and daugthers in law, Rob and Kim Pierce of Seneca, SC and Scott and Linda Pierce of Ilion; two daughters and one son in law, Renee and Paul Grimes of Frankfort and Megan Pierce of Richmond VA; one brother and sister in law, Nick and Janie Pierce of Holiday FL; two sisters and one brother in law, Janet Dunn of Syracuse and Diane and Harold Pierce of Ilion; his grandchildren, Christopher and his wife, Elizabeth Pierce, Alex Matthews, Izzetta Matthews, Jack Pierce, Derek Pierce, Ryan Pierce, Kyle Pierce, Scott Pierce, Mary and her husband, Dwayne Thom, John Scalise and Aysia Pierce; his great grandchildren, Sylvanas Pierce, Celaenas Pierce, Artimis Pierce and Sirius Pierce and several nieces, nephews and cousins. He was predeceased by one brother, David Pierce and one sister, Virginia Miller.

His funeral arrangements are under the direction of the V.J. Iocovozzi Funeral Home, Inc. 203 Second Avenue, Frankfort.

In lieu of flowers, contributions in Jack's memory may be made to Emmanuel Bible Church, 54 W Main St, Mohawk, NY 13407. Envelopes will be available at the church vestibule on Thursday.

Expressions of sympathy may be placed on Jack’s online memorial page by going to www.iocovozzifuneralhomes.com

To send flowers to the family or plant a tree in memory of Jack Pierce, please visit Tribute Store
Print
Thursday
9
June