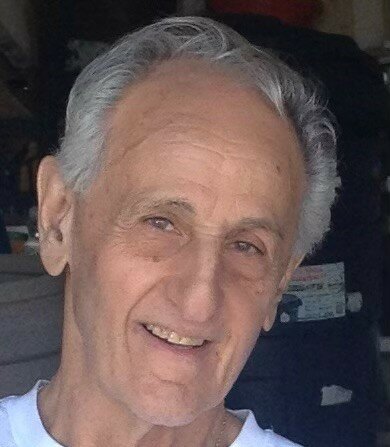 Obituary of Stephen A. Salamone

Please share a memory of Stephen to include in a keepsake book for family and friends.
View Tribute Book

Frankfort - Stephen A. Salamone, 89, of Frankfort passed away Tuesday, June 14, 2022 in the Abraham House with his family by his side.

He was born in Frankfort, NY on November 25, 1932, the son of the late James and Josephine Cardinale Salamone. He attended Frankfort schools and graduated from Frankfort Schuyler High School with the class of 1951. Steve served with the US Navy and was Honorably Discharged on July 17, 1956. He married the love of his life, Lydia Franco, on February 15, 1958 in St. Anthony's Church in Herkimer. They shared a blessed union until Lydia passed away on July 23, 2007. Steve was employed as Chief Clerk for Herkimer County Supreme and County Courts for many years until his retirement in 1997. He was a communicant of Our Lady Queen of Apostles Church. Steve lived his life for his wife, children, grandchildren, great grandchildren, and family. He was known for his quick wit, sense of humor, and ability to make anyone laugh. He enjoyed many laughs with his "coffee buddies" a few times a week and cherished their friendship.

His funeral will be held on Tuesday morning, June 28, 2022 at 10:30am in the Our Lady Queen of Apostles Church, S. Frankfort St., Frankfort where a Mass of Christian burial will be celebrated by the Rev. Paul Catena. There will be no calling hours per Steve’s wishes. Funeral arrangements are under the direction of the V.J. Iocovozzi Funeral Home, Inc. 203 Second Avenue, Frankfort.

In lieu of flowers, contributions in Stephen's memory may be made to St. Jude's Children's Hospital, 262 Danny Thomas Pl, Memphis, TN 38105; Shriners Hospitals for Children, P.O. Box 1525, Ranson, WV 25438; as well as the Abraham House, 1203 Kemble St., Utica, NY 13501. Envelopes will be available at the church vestibule. Steve's family would like to extend their deepest appreciation to the wonderful hospice nurses and caregivers at the Abraham House for all their kindness and compassion.

Expressions of sympathy may be placed on Stephen’s online memorial page by going to www.iocovozzifuneralhomes.com

To send flowers to the family or plant a tree in memory of Stephen Salamone, please visit Tribute Store
Print
Tuesday
28
June