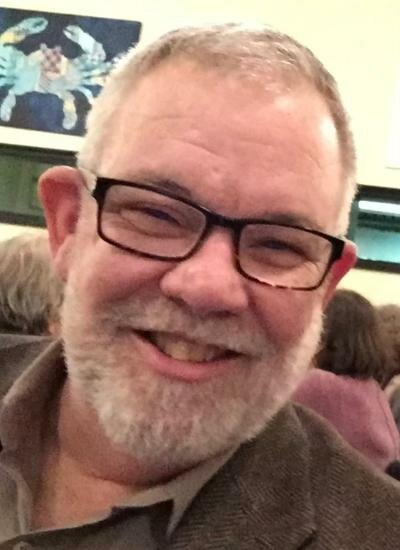 Please share a memory of Henry to include in a keepsake book for family and friends.
View Tribute Book

Henry Bynum Shaw, III, 65, of Baltimore, passed peacefully on Monday, June 13th, with his wife at his side, after battling Small Cell Lung Cancer.

Henry was born on October 3, 1956 to Harry B. Shaw II, and Margaret Brooks Shaw, in Louisville, KY. The family moved to Miami, FL where his father was the editor of the Miami Herald.  Henry caught the photography bug as a youth while hanging in the darkrooms with the photo journalists at the paper.  He graduated from Southwest Miami Senior High School in 1974, and joined the U.S. Army as a Combat Photographer.  His time in the Army took him to Germany, Korea and Hawaii.

Upon leaving the Army, Henry worked in the photo industry for over 13 years as a photographer, lab manager, and a rep for photographic equipment company.  A talented photographer, he remained interested in taking pictures throughout his life.

In 1987, he met Mary Murtaugh while they both worked for Konica USA and married in 1989.  They built a great life in the Baltimore, MD area where they lived for over 30 years. He transitioned his career into the IT Industry where he remained until retirement.

Henry always marched to the beat of his own drummer.  He did not know a stranger, and was friendly and outgoing to all he met.  He was passionate about photography, playing guitar, listening to classic rock, camping, boating... and was fondly dubbed “the dog stalker.” If there was a dog in the room, he’d be cross legged on the floor with his fingers in their fur.  Henry and Mary adopted 7 rescue dogs during their married life.

He was very devoted to his extended family and loved them all dearly.  Henry was predeceased by his parents Harry and Margaret Shaw.  Henry is survived by his wife Mary, his sister Margaret (Marci) Thomas of Tampa, FL, his niece Michelle Thurman Elrod and Husband Travis of Tampa, FL, his nephew Charles Thurman and wife Carrie of Greensboro, NC, his nephew Joseph Thurman and wife Debbie of Moab, UT, and several grand nieces and nephews.

Henry treated his wife’s family as his own.  He is predeceased by his beloved in-laws, Marty and George Murtaugh and his treasured brother-in-law Charles Silva II.  He is survived by brothers-in-law Frank Murtaugh of Canajoharie, NY, Christopher Murtaugh of Edmonds, WA, sisters-in-law Mindy Murtaugh of Burke, VA, and Meg Murtaugh Silva of Richmond, VA.  He treasured his relationships with his nieces and nephews William Murtaugh and Russell Buhr of Los Angeles, Emily Murtaugh and Sahil Kapur of Washington, DC, Moira Murtaugh and David Garrofo of Los Angeles, Chris Silva and Jess Nelson of New Orleans, LA and Austin, TX, and Patrick Silva and Emily Benesh of Alexandria, VA.  He was grateful for the extra time that the fine doctors at Hopkins gave him and was able to spend time with most of his loved ones as a result.

Irreverent to the end, he said that if he had to endure this disease, somebody better darn well learn something from him, and so he gifted his body to research.

There will be no visiting hours.  There will be a celebration of life later this year at a date to be determined.  His ashes will be scattered in his “happy place.”

In lieu of flowers please consider a donation to BARCS Animal Rescue in Baltimore, Gilchrist Hospice of Baltimore, or to a charity of your choosing.  Also, please listen to a little music from The Band, Van Morrison, Crosby Stills and Nash, and The Eagles, and raise a glass in his honor.

His funeral arrangments are under the direction of the V.J. Iocovozzi Funeral Home, Inc. 203 Second Avenue, Frankfort.

Expressions of sympathy may be placed on Henry’s online memorial page by going to www.iocovozzifuneralhomes.com

To plant a beautiful memorial tree in memory of Henry Shaw, please visit our Tree Store

A Memorial Tree was planted for Henry
We are deeply sorry for your loss ~ the staff at V.J. Iocovozzi Funeral Home, Inc.
Join in honoring their life - plant a memorial tree
Services for Henry Shaw
There are no events scheduled. You can still show your support by planting a tree in memory of Henry Shaw.
Plant a tree in memory of Henry
Print
Online Memory & Photo Sharing Event
Online Event
About this Event