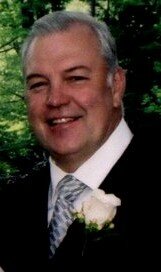 He was born in Brooklyn, New York on February 26, 1950, the son of the late Daniel and Hilda Boltja Kane. He graduated from Farmingdale High School with the class of 1968. He later received an AAS Degree in Criminal Justice from MVCC. He was married to Beverly Cross on July 24, 1971 in Annunciation Church, Ilion. Daniel was a NYS Corrections Officer and promoted to Sergeant with the NYS State Department of Corrections, Marcy NY until his retirement on March 31, 2011. Daniel was a communicant of Our Lady of Lourdes Church and a member of the Emerald Society and Council 82. His long service of commitment to the political action committee of Council 82 and his service as union steward, many officers are enjoying the benefits legislated through his tenure. Dan was a man bigger than life that lit up a room and he had an incredible sense of humor and the quickest wit. He was a provider, protector and teacher modeled after St. Joseph. The greatest joy of his life was his family. A distinguished 27-year career of dedicated service to law enforcement with the New York State Department of Corrections protecting and serving the public and his fellow officers. He was a member of the Corrections Emergency Response Team and served as a Trainer for the D.O.C.S. Suicide Prevention Program. Dan received a Commendation from the Assistant Commissioner of Corrections for saving the life of an inmate. He got to fulfill his life's goals of traveling to Ireland, Key West, touring the Great Route 66, the Majestic National Parks System and living his best life in the home he built with his beloved wife Beverly on the West Canada Creek. Dan was gifted with generosity unmeasured to all those in need. He will be remembered as a man that lived and loved with all his heart; a man on which people could depend. His life was an example of great strength with a tender heart. His wife, daughter and granddaughter were beyond blessed to have had him in their lives.

Daniel is survived by his beloved wife, Beverly Kane of Newport; daughter, Mariah C. Kane of Newport; and especially cherished granddaughter, Tess; three brother and sisters in law, Dennis and his wife, Ellyne Kane of West Islip NY, Brian and his wife, Patricia Kane and Terrance and his wife, Nanette Kane all of Farmingdale NY; four sisters and brothers in law, Ellen and her husband, Steve Robinson of Massapequa Park, Joanne and her husband, Paul Hartmann of West Babylon NY, Patricia and her husband, Joseph Zablocki of Merrill, NY and Maureen and her husband, Michael Christophersen of West Babylon NY; his aunt, Helen Kane Munro; his treasured nieces and nephews, Matthew, Ian, Eric, Drew, Joey, Paulie, Danielle, Brianna, Danny, Rebecca, Christopher, Joanna Rae, Michael, Sarah, Peter and Ryan. Resting in peace his nephew Stephen. Cousins, both Kane and Boltja, too numerous to mention but dearly loved.Daniel was predeceased by his parents and his mother-in-law and father-in-law Jeanie and Ed Cross of Ilion/Frankfort, NY. Special acknowledgement to friends that are like family Eddie and Roberta Winnicki, Barbara Horwald and Don and Kathy Rollman.

In lieu of flowers, an Education Trust has been set up for Tess, and the family respectfully requests that any donations be made to it through the designated administrator, Beverly Kane. Envelopes will be made available.

Expressions of sympathy may be placed on Daniel’s online memorial page by going to www.iocovozzifuneralhomes.com

To send flowers to the family or plant a tree in memory of Daniel Kane, please visit Tribute Store
Print
Friday
1
July