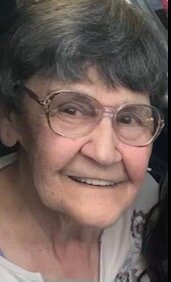 Mohawk - Santa Rose Coveleski, 89, of Mohawk passed away Wednesday, August 3, 2022 in St. Luke’s Memorial Hospital with her family by her side.

She was born in Utica on May 1, 1933, the daughter of the late James R and Carmella Sinardo Alsante Sr.  She attended both Utica and Frankfort Schools. She was married to Stanley Coveleski on July 23, 1955 in St. Mary's Church, Frankfort. Stan passed away on September 28, 1996.  Santa Rose was employed as a secretary for Duofold, YMCA, Folts Home and Herb Philipson. She also served as a secretary for Stan's Trash for many years. She was a communicant of Our Lady Queen of Apostles Church and a proud member of the Red Hat Society. She was a wonderful homemaker and enjoyed traveling, drinking fine wine and Friday night cards with her friends.

Santa Rose is survived by one daughter and son in law, Michelle and Robert VanGorder of Frankfort; two sons and one daughter in law, Stanley Coveleski and James and Brenda Coveleski all of Mohawk; one brother and sister in law, James and Rosalie Alsante of Frankfort; her cherished grandchildren, Cassandra and her husband, James Hoffman, Bobbilee and her husband,  Daniel Coffin, Chelsey and her husband, Jimmy Costello and Ashleigh Coveleski and her fiancée, Cole Olivadoti; four great grandchildren, Carmella, Robert , Josephine and Julianna and several nieces, nephews and cousins.  She was predeceased by her brother, Jerome and his wife Rosemary Alsante.

The family would like to express their sincere appreciation to the staff of Foltsbrook Rehab especially Jaime, Sam and Helen who showed our mother special care and concern.

Expressions of sympathy may be placed on Santa’s online memorial page by going to www.iocovozzifuneralhomes.com

To send flowers to the family or plant a tree in memory of Santa Coveleski, please visit Tribute Store
Print
Wednesday
10
August