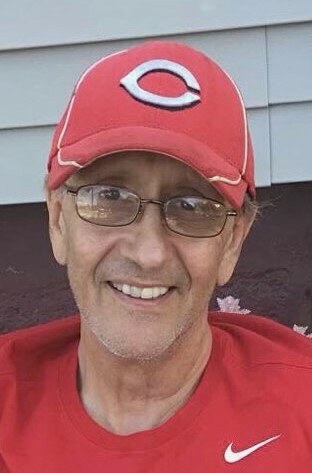 Please share a memory of Kevin to include in a keepsake book for family and friends.
View Tribute Book

Herkimer – Mr. Kevin C. Krenichyn Sr., 64, of Herkimer passed away Saturday, September 17, 2022 in Little Falls Hospital with his family by his side.

He was born in Herkimer, New York on August 17, 1958, the son of the late Stephen and Mildred Nakoneczny Krenichyn and he attended Herkimer schools. He was married to Laura Mead on August 11, 1979 in St. Mary's Ukrainian Orthodox Church. Kevin was employed as a groundskeeper and bus driver for Herkimer Central School, Herkimer until his retirement in 2018. He was the owner and operator of Krenichyn’s Roofing and Siding. He was a communicant of St. Mary's Ukrainian Orthodox Church and was a Past President of it’s council. Kevin was a die hard Dallas Cowboy, Cincinatti Reds, Georgetown Hoyas and the Michigan Wolverines fan. He enjoyed horse racing, Caroga Lake and music especially Queen, Lynyrd Skynyrd and Neil Young.  He loved spending time with his family and his grandchildren.

Kevin is survived by his beloved wife, Laura; one son, Kevin Krenichyn Jr and his companion, Shaina Decker of Herkimer; one daughter and son in law, Kayla and her husband, Jeff Miller of New Hartford; two sisters and one brother in law, Carol and her husband, Charles Higgins of New Hartford and Denise Paul of Aurora CO; his cherished grandchildren, Tyler Krenichyn, Dakota Krenichyn, Lukas Krenichyn, Alaina Krenichyn and Owen Miller; his mother-in-law, Roberta Mead of Herkimer; his niece, Tricia Paul; great niece, Skylar; his very special and dedicated cousins, Jan and Mary Dobek and several cousins. He was predeceased by his sister, Cheryl Krenichyn and his father in law, Larry Mead.

His funeral will be held Friday afternoon, September 23, 2022 at 1:00 PM in the V. J.  Iocovozzi Funeral Home, Inc., 203 Second Ave. Frankfort where a funeral service will be celebrated by the Father Ivan Semko. Interment will be in St. Mary’s Ukrainian Orthodox Cemetery. Calling hours will be Friday, September 23 from 10:00 AM - 1:00 PM at the V.J. Iocovozzi Funeral Home Inc. 203 Second Ave., Frankfort. His funeral arrangements are under the direction of the Petykiewicz, Iocovozzi & Burns Funeral Home 329 S. Washington St., Herkimer, NY.

Expressions of sympathy may be placed on Kevin’s online memorial page by going to www.iocovozzifuneralhomes.com

To send flowers to the family or plant a tree in memory of Kevin Krenichyn Sr, please visit Tribute Store
Print
Friday
23
September