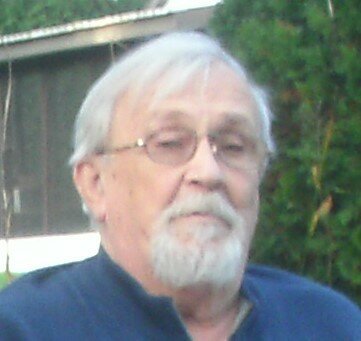 Please share a memory of Jerrold to include in a keepsake book for family and friends.
View Tribute Book

He was born on May 15, 1943 in Herkimer, a son of the late Charles and Clarice (Baker) Twitchell. Jerry graduated from Mohawk Central Schools, class of 1961. He worked in the Custom Gun Shop for Remington Arms prior to his retirement. On October 3, 1998, Jerry married Carol English in Mohawk Grace Episcopal Church, a union of 18 years prior to her passing on March 24, 2017.

He is survived by his children, Robert and Edie Twitchell of Ilion and Melissa and Chad McManus of Herkimer and his granddaughter, Alyssa Edick. Jerry is also survived by step-grandchildren, Carrie Supino, Alesha LeFevre, Mathew Jodway and Lacey Graves, several in-laws, nieces, nephews, his close friend Rose Merrick and his former wife, Barbara Crisman Twitchell. Jerry was predeceased by his grandson, Jared McManus and siblings, Merle, Judy and Thomas Twitchell

Relatives and friends are invited to attend graveside services on Saturday, November 5, 2022 at 10:00 am at St. Mary’s Cemetery, Clayville with Rev. Dr. Steve Scarcia officiating. Funeral arrangements are under the direction of the V.J. Iocovozzi Funeral Home, Inc. 203 Second Avenue, Frankfort.

Expressions of sympathy may be placed in Jerry’s online memorial page by going to www.iocovozzifuneralhomes.com.

To send flowers to the family or plant a tree in memory of Jerrold Twitchell, please visit Tribute Store
Print
Saturday
5
November