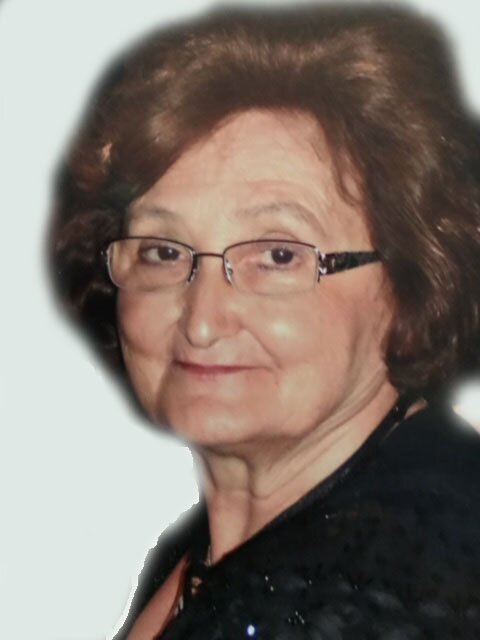 Please share a memory of Mary to include in a keepsake book for family and friends.
View Tribute Book

Schuyler – Mrs. Mary Bono, 82, of Schuyler passed away Tuesday, November 8, 2022 in Siegenthaler Center with her family by her side.

She was born in Montelepre, Province of Palermo, Sicily, on August 28, 1940, the daughter of the late Giacomo and Maria Leone. Mary came to our country in 1961. She was married to Joseph Bono on July 15, 1961 in St. Mary's Church, Frankfort. Mary was a Seamstress for Joseph & Feiss for many years. Mary helped her husband and family grow vegetables on their family farm, especially tomatoes, strawberries and many other crops .Later, she also supported and started the current family business with her husband which is now Bono Brothers LLC. She was known for being and impeccable seamstress and her workmanship was outstanding. She made clothing for her family and detailed wedding dresses for many. Mary loved cooking for her family, knitting, crocheting, traveling the world, hosting holiday gatherings and visiting her camp in Cape Vincent and her home in Florida.  She was a communicant of Our Lady Queen of Apostles Church.

Mary is survived by her beloved husband, Joe; three sons and daughters in law, Vincent "Jim" and Rose Bono of Schuyler, Jack and Kelly Bono of Frankfort and Joseph and Sarah Bono of Marcy; two sisters, Angela Tinervia and Mimma Gaglio both of Italy;  her cherished grandchildren, Christina and  her husband, Will Cardona, Joseph and his wife, Jackie Bono, Marsala Bono, Jack Bono, Joseph Bono and Josh Bono; four great grandchildren, Carmela Cardona, Sophia Cardona,  Audriana Bono and Colette Bono; her in-laws, Jane and Joseph Laura, ,Angela and Joseph Cassella and Sam and Provie Bono and several nieces, nephews and cousins in the US and Italy. She was predeceased by her granddaughter, Infant Erika Bono; her nephew, Joseph Cassella; her parents; her father and mother in law, Vincenzo and Anna Bono.

In lieu of flowers, contributions in Mary memory may be made to Siegenthaler Center, 4277 Middle Settlement Rd, New Hartford, NY 13413. Envelopes will be available at the funeral home.

Mary's Family would like to extend their heartfelt appreciation to the nurses and staff of St. Luke's Rehab Center and to Siegenthaler Center for the wonderful care and kindness shown during her illness and passing.

Expressions of sympathy may be placed on Maria’s online memorial page by going to www.iocovozzifuneralhomes.com

To send flowers to the family or plant a tree in memory of Mary Bono, please visit Tribute Store
Print
Sunday
13
November