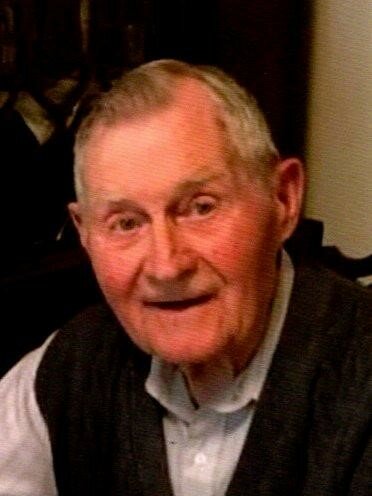 Please share a memory of Peter to include in a keepsake book for family and friends.
View Tribute Book

Utica - Mr. Peter Heretz, 103, of Utica passed away Sunday, December 4, 2022 in Utica Rehab and Nursing SNF with his family by his side.

He was born in Lubiaz, Ukraine on August 22, 1919, the son of the late Ivan and Anna Majstruk Heretz and he attended schools in the Ukraine. He was married to Maria Ivanisik in 1937 in Lubiaz, Ukraine. The couple came to America in July of 1949. Maria passed away on April 12, 2003. Peter was a Union Laborer for various construction companies throughout the Utica Area until his retirement in 1981. Peter was an active member of Holy Cross Ukrainian Orthodox Church, Utica and St. Mary's the Protectress Ukrainian Orthodox Church, Herkimer and a member of Laborer's International Union #35.

Peter is survived by his daughters and son in law,  Nina and Eugene Pawelko of Sussex NJ and Lidia Maria Heretz of Culpeper VA; one brother, Michael and his wife, Alla Heretz of Rutherford NJ; three sisters, Vera Rizwaniuk, Zoja Lucenko both of Utica and Raissa and her husband, Robert Johnson of Lynchburg, VA; his grandchildren, Adrian and his wife, Julia Pawelko, Kristina Pawelko, Christopher and his wife, Jeanna Heretz, Michelle and her husband, William Martin, Dr. Peter and his wife, Jessica Blaemire-Thaxter, Adam Thaxter and Katherine Thaxter; nine great-grandchildren and several nieces, nephews and cousins. He was predeceased by one son, Mykola Heretz on June 3, 2000 and his wife, Judy Owens Heretz on June 13, 2017, infant daughter, Lydia Heretz in 1938, son in law, Richard Thaxter on November 10, 2015 and two brothers, Alexander Heretz and Rodion Heretz.

His funeral will be held Friday morning at 10:00 from the V.J.Iocovozzi Funeral Home, Inc. 203 Second Ave., Frankfort and at 11:00 AM in St. Mary's Ukrainian Orthodox Church, Moore Ave., Herkimer with Rev. Fr. Ivan Semko officiating. Interment will be in Forest Hill Cemetery. Calling hours will be Thursday 4-7 at the V.J.Iocovozzi Funeral Home, Inc. 203 Second Ave Frankfort. Funeral arrangements are under the direction of the Petykiewicz, Iocovozzi & Burns Funeral Home 329 S. Washington St., Herkimer, NY. Parastas will be Thursday evening at the funeral home with Father Semko officiating.

To send flowers to the family or plant a tree in memory of Peter Heretz, please visit Tribute Store
Print
Thursday
8
December