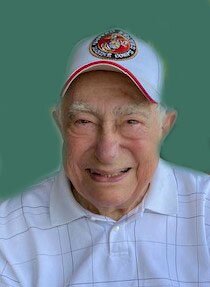 Please share a memory of Philip to include in a keepsake book for family and friends.
View Tribute Book

Frankfort - Mr. Philip S. Rolchigo, 94, of Frankfort passed away Saturday, December 31, 2022 in St. Luke´s Memorial Hospital with his family by his side.

He was born in Frankfort, New York on March 15, 1928, the son of the late Philip and Rose Galvano Rolchigo. He attended Frankfort schools and graduated from Frankfort Schuyler High School. Shortly after his graduation from high school, Phil enlisted in the US Marine Corps. He served in Korea and was Honorably Discharged on April 20, 1960. He was married to Diane Roberts on December 31, 2002 in Frankfort. Diane passed away on January 13, 2021.

Philip was employed by Remington Arms, Ilion for over 30 years of service. He was a communicant of Our Lady Queen of Apostles Church and a member of Ilion Marine Corps League, New Hartford American Legion and the Ilion Elks.

Philip is survived his cherished niece, Rosann Balaska of Ilion and several cousins.

He was predeceased by his sister, Maryann Balaska on October 8, 2017.

Expressions of sympathy may be placed on Philip’s online memorial page by going to www.iocovozzifuneralhomes.com

To send flowers to the family or plant a tree in memory of Philip Rolchigo, please visit Tribute Store
Print
Thursday
5
January