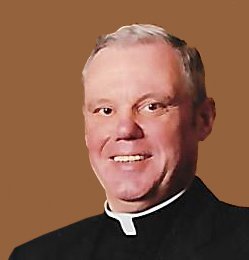 Herkimer - Robert S. Shinos, 83, of Herkimer passed away Friday, January 4, 2019, after a long illness, with his extended family by his side.

Robert is survived by several beloved and loyal friends. He was also predeceased by his sister, Helen Mary Shinos on March 13, 2003.

Friends are invited to call on Tuesday, January 8, from 4-7 pm at the V.J. Iocovozzi Funeral Home, Inc. 203 Second Ave., Frankfort. His funeral mass will be celebrated at the Church of Sts. Anthony and Joseph, 229 S. Main Street, Herkimer at 9 am on Wednesday, January 9, 2019. Interment will be held privately.

To plant a beautiful memorial tree in memory of Robert Shinos, please visit our Tree Store

A Memorial Tree was planted for Robert
We are deeply sorry for your loss ~ the staff at Petykiewicz, Iocovozzi & Burns Funeral Home
Join in honoring their life - plant a memorial tree
Services for Robert Shinos
There are no events scheduled. You can still show your support by planting a tree in memory of Robert Shinos.
Plant a tree in memory of Robert
Print
Share A Memory
Plant a Tree