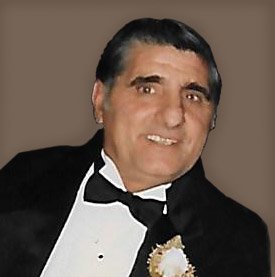 Ilion - Frankfort - Mr. Raymond DeLuke, 94, of Ilion, went to be with the Lord on January 28, 2019. At the time of his passing, he was a resident of the Masonic Care Community in Utica.

Raymond was born on December 1, 1924, the son of the late Salvatore and Mary Kipper DePellio DeLuke. He attended Frankfort schools and graduated with the class of 1943. Upon graduation, he went to serve in World War II in the Philippines aboard the USS Miami. After the service, Raymond worked at Remington Arms and then Chicago Pneumatic, retiring in 1987. On August 6, 1949, he was married to Ida Mae Cataline in St. Mary's Church in Frankfort. The two shared a blessed union of almost 70 years.

Raymond was an avid sports fan. After the war, he played for the Frankfort Vets and later coached The Mohawk Valley Falcons, a semi-pro football team. He also played softball for many years. He enjoyed spending time with his family. He loved getting together with his buddies; Sydney, Joe, Phil and Teddy for coffee at McDonald's to discuss "old times". He had a close relationship with Father Lamanna and was part of a group that was instrumental in naming the Rev. Alfred Lamanna Bridge in Frankfort. He was a past member of the American Legion, VFW, the Elks and St. Francis DiPaola Society where he served as past president and was also their oldest living member. He was a communicant of Our Lady Queen of Apostles Church.

Raymond is survived by his beloved wife, Ida; one son, Raymond (Buzz) DeLuke and his wife, Tammi; his grandson, Michael R. DeLuke; two step-grandsons, Joey and Jimmy; one sister in law, Mrs. Jay (John) Pizzo and many special nieces and nephews. He was predeceased by his brothers, Joseph, Gene, Frank, Earl, Marco and Tate and his sisters, Mary, Lena and Ann.

His funeral will be held Saturday Morning, February 2, 2019 at 10:30 AM from the V.J. Iocovozzi Funeral Home, Inc. 203 Second Ave. Frankfort and at 11:00 AM in Our Lady Queen of Apostles Church with the Rev. Paul Catena, officiating. Calling Hours will be Saturday morning from 9:00 AM until the time of services at the V.J. Iocovozzi Funeral Home, Inc. Members of the St. Francis Society will meet Saturday morning at 9:30 for services. Spring interment will be in Mt. Olivet Cemetery at the convenience of his family.

Raymond's family would like to thank the doctors, nurses and staff of the Woodgate Unit at the Masonic Care Community for the loving and compassionate care shown to Raymond during his time there.

Expressions of sympathy may be placed on Raymond’s online memorial page by going to www.iocovozzifuneralhomes.com

To send flowers to the family or plant a tree in memory of Raymond DeLuke, please visit Tribute Store
Print
Saturday
2
February