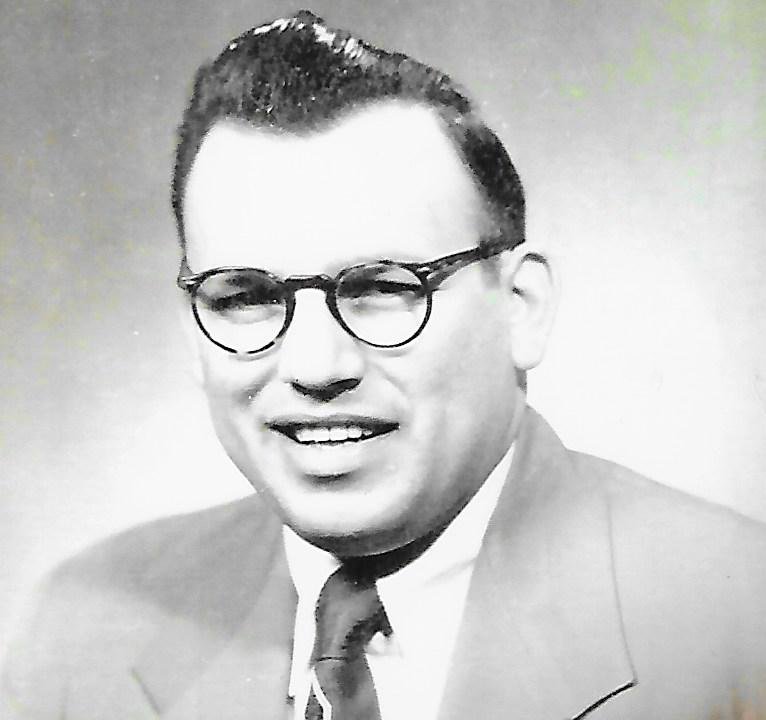 Obituary of Frank B. Rossi

Please share a memory of Frank to include in a keepsake book for family and friends.
View Tribute Book

Frank was born on April 28, 1925 in Watertown, NY, the son of the late Louis J. and Mary Storino Rossi.  While living in Rome, NY, his mother died at the young age of 26 and he was placed in St. John’s Orphan Home in Utica.  It was at St. John’s where he began his formal education.  At age 12, he returned to his home in Rome and attended St. Aloysius Academy.  In 1942 he left school to join the Navy where he served as a Radioman on the USS Palmer.  He was Honorably Discharged on February 4, 1944.

Frank married the love of his life, Martha L. Salvaggio of East Frankfort, in St. Mary’s Church, Frankfort on June 3, 1944.  Together they welcomed four children, Mary, Nancy, Joseph, and Gloria.  Martha passed away on April 8, 2014.

After working at Remington Rand in Ilion for a number of years, Frank decided to return to school.  He attended Frankfort High School for six months and graduated with the class of 1950.  He continued to pursue his education and earned a BA Degree from Utica College in January 1954.  In 1962, while employed as an English teacher for the Utica City School District, Frank attained his Master’s Degree in School Administration from Syracuse University.  From 1972 until his retirement in 1983, he served as the principal at Miller Street School.

As a self-taught musician, Frank weaved his love of music into every facet of his life. Frank was talented at playing the guitar, mandolin, and trombone. In 1946 he joined the Frankfort Vets Band, playing for 17 years.  In 1963 he joined La Banda Rosa (The Red Band) and continued to play with them for 68 years, until his retirement in 2014.  Frank was especially proud of the march he composed “La Festa e San Francesco”.  Frank also played for the Con Amore Orchestra, The Mohican Dance Band, and the Ilion Civic Band.

Frank was also a proud member of the St. Francis DiPaola Society in Frankfort, the Ilion Elks Lodge #1444, and a communicant of Our Lady Queen of Apostles Church.

Frank found great joy in spending time with his family.  He loved watching his grandchildren and great grandchildren as they participated in musical performances, dance recitals, and sporting events.  He was particularly proud watching his grandsons and “adopted grandsons” AKA SHOWTIME play at a number of area venues.  He could often be found front row at The Gig, The Silverado, Saranac Thursday, and the Boilermaker After-Party. He will always be their #1 FAN.

Frank is survived by one son, Joseph Rossi of Ilion, two daughters and sons-in-law, Mary and Lee Caruso of Frankfort, and Gloria and Darrell Burdick of Mohawk, his son-in-law Richard Clark of Ilion, his brother Louis Rossi of Ilion; thirteen grandchildren Bernard and Lori Cushman, Lisa and Patrick Morgan, Vicki Callaghan, Laura Cushman, Michael and Stephanie Lawrence, Kerri and Bill Smith, Joseph and Stephanie Aiello, Regina Rossi, Jose and Chris Lopez, Joseph Rossi, Jr., Nina and Norman Watson, Adrienne and Michael Amidon, and Katherine and Brett Driscoll; 22 great-grandchildren; 4 great-great grandchildren, and several nieces, nephews, and cousins.  He was predeceased by one daughter, Nancy Clark on April 21, 2010; one brother, Alex Rossi in 1986, and one sister Philomena Rossi in 1938.

Due to the Covid pandemic, services will be held privately at the convenience of his family. Interment will take place in Mt. Olivet Cemetery, Frankfort.  Funeral arrangements are under the direction of the V.J. Iocovozzi Funeral Home, Inc. 203 Second Ave. Frankfort.

Frank’s family would like to extend their sincere appreciation to the nurses and staff in St. Luke’s ICU, especially Dan and Andrea.

To send flowers to the family or plant a tree in memory of Frank Rossi, please visit Tribute Store
Print
Saturday
12
December