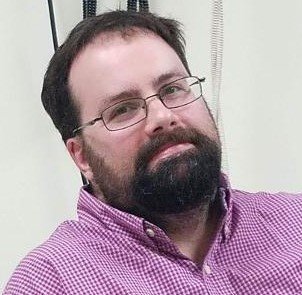 New Hartford - Michael J. Vivacqua, 45, of New Hartford, passed away, Friday, December 4, 2020 in Presbyterian Home of CNY after a courageous battle with Frontotemporal Degeneration with his family by his side.

He was born in Ilion, New York on July 24, 1975, the son of Fred J. and Joan Edic Vivacqua. He attended Frankfort schools and graduated from Frankfort Schuyler High School with the class of 1993. He later attended and graduated from HCCC in 1995, Clarkson in 1997 with his Bachelor’s Degree in Mechanical Engineering, SUNY Poly with his MBA and later his Master of Science Education from Utica College. He was married to Kirstin Shave on April 21, 2001 in Our Lady of Fatima Church, Schenectady. Michael was an Engineer for ConMed and later for Covidien, Oriskany Falls, NY for several years. He was a communicant of Our Lady Queen of Apostles Church and a member of the Order of Prometheus. He loved all sports and was a diehard Yankees and Bruins fan and Clarkson Hockey Fan.

His funeral will be held Wednesday morning at 9:45 from the V.J.Iocovozzi Funeral Home, Inc. 203 Second Ave., Frankfort and at 10:30 in Our Lady Queen of Apostles Church where a Mass of Christian Burial will be celebrated by the Rev. Paul Catena, Pastor. Interment will be in Mt Olivet Cemetery. Calling hours will be Tuesday from 4-7 pm at the V.J. Iocovozzi Funeral Home, Inc.

Michael’s family would like to thank the nurses and staff at the Presbyterian Home of CNY, especially Karen Brown for the wonderful care shown to him during his stay and passing. In lieu of flowers, donations in his memory may be made to TheAFTD.org.

To send flowers to the family or plant a tree in memory of Michael Vivacqua, please visit Tribute Store
Tuesday
8
December

Look inside to read what others have shared
Family and friends are coming together online to create a special keepsake. Every memory left on the online obituary will be automatically included in this book.
View Tribute Book