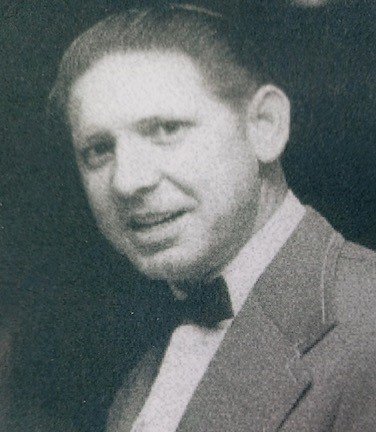 Please share a memory of James to include in a keepsake book for family and friends.
View Tribute Book

He was born in Gassaway, West Virginia on July 8, 1934, the son of the late Cecil Clay and Claire Rebecca Rose Cogar and he attended schools there. As a young man Jim joined the US Air Force and served his country for the next 24 years He served in both Korea and Vietnam and was Honorably Discharged on November 1, 1974 with the rank of Tech Sergeant. Jim was married to Mineko Teramura on January 20, 1956 in Fukaoko, Japan. Following his retirement from the Air Force, he attended HCCC and received his AAS degree in Business Administration in 1983.  James was a Clerk at Collis Hardware, Main St.  Herkimer until his retirement in 1996. He served as a Chaplain for the VFW and the American Legion and the Air Force Sergeants Association, Am Vets and the NRA.

James was an honorable man with a great sense of duty and generosity towards his family and those he loved. He was known for speaking his mind and not pulling any punches, but it always came from a place of wisdom or honesty. He was a champion of the underdog, and the type of man who never refused anyone who asked for his help. Before falling ill, he was active in his community and had many close friends. He had a strong work ethic, loved reading, playing guitar, building things and having a few beers while socializing with fellow vets. Throughout his life, he had an unwavering allegiance and love for GOD and Country. He leaves behind a very grateful wife, daughter and many others who will miss him dearly.

James is survived by his beloved wife, Mineko Cogar of Schuyler; one daughter and her fiancée, Naomi Cogar and Vernon Gardner of Schuyler; one brother, Bill Cogar; three sisters, Nellie Post, Rebecca Whittington and Clara Kay Cogar  his in laws, Josephine Cogar and Agnes Cogar  and several nieces, nephews and cousins. He was predeceased by his brothers, Jack Cogar, Sam Cogar, Tom Cogar and Sam Cogar and his sisters, Naomi Garrie, Rosemary Coop and Joanne Cogar.

His funeral will be held at the convenience of the family with interment at a later date at the Saratoga National Cemetery. His funeral arrangements are under the direction of the V.J. Iocovozzi Funeral Home, Inc. 203 Second Avenue, Frankfort. .

Expressions of sympathy may be placed on James’s online memorial page by going to www.iocovozzifuneralhomes.com

To plant a beautiful memorial tree in memory of James Cogar, please visit our Tree Store

A Memorial Tree was planted for James
We are deeply sorry for your loss ~ the staff at V.J. Iocovozzi Funeral Home, Inc.
Join in honoring their life - plant a memorial tree
Services for James Cogar
There are no events scheduled. You can still show your support by planting a tree in memory of James Cogar.
Plant a tree in memory of James
Print
Online Memory & Photo Sharing Event
Online Event
About this Event